Two Sets of Directions and Flippy

Yesterday, I had to go get cups for my second job at Caribou Coffee, because we were running out of large iced cups, and, while you wouldn’t expect to in a place like Minnesota in January, we use a lot of large iced cups. Minnesotans love their cold brew. I had never been to the Caribou Coffee I needed to go, because it is located on the opposite side of the Twin Cities from where I live, and I have no need to ever go there, except to get cups. Normally, I would just plop that address into my iPhone Apple Maps and get there and back with no problem. I panicked for a quick minute, then I used the computer in our weird little backroom, dish room, office area and found the Caribou that had cups and used google maps to find the easiest route. Then I wrote the route out on paper, like I used to write motorcycle routes on my arm in Sharpie marker. Yes, I rode my motorcycle all the way to Florida and back and all the way to Door County and back with only directions in Sharpie marker on my arm. Needless to say, I made it from my Caribou to the Caribou 30 minutes away without incident.

Today, I went to my favorite donut shop, Glam Dolls for breakfast. I navigated my way there with no problem, but they were closed for an extended New Year’s vacation. I was incredibly sad, but my eventual goal was to end up in Roseville, so I could visit my friends at Apple, and so I could grade my students’ work before finishing my quarter three planning after work tomorrow and Friday. As I (very sadly) pulled away from Glam Dolls, I said to myself, good luck getting to Roseville! MNDOT has rerouted the entrance onto 35W from I-94, where I used to use Franklin Street and then cross 5 lanes of traffic on I-94 to exit onto 35W North, and I had to fend for myself, so I just stayed on I-94, thinking that I would eventually bump into something familiar. Just as I had the thought that I might have to stay on I-94 until it merged onto 52, which is way out of the way, exit signs for 280 started popping up, and I vaguely remembered Jack telling me that’s how he gets from where we live to Roseville, so I took the exit and hoped for the best. I am proud to report that I made it to my usual Starbucks without any problems.

After a week of being with Flippy (this is what my lovely flip phone will be affectionately called from here on out), I have decided that intentionality is one side effect of flip phone use. Everything I do with Flippy is very intentional. Texts take three to four times as long to write, so I ask myself if I really need to say what I am about to say. Is what I am about to type really worth all of the tapping and strange navigation on the phone? I am much more thoughtful about what I put out there, because what I put out there takes more work. Another thing about being intentional is that I can’t just look things up on a whim, because I have to be near my computer. I wondered, this morning at 4:38 when I woke up for the first time—when is the first official day of baseball season? Thursday, March 28 if you need to know— and normally I would’ve grabbed my phone, looked it up, and gone down a rabbit hole of looking at things. Instead, I wondered it, said to myself, “Look that up later, Self,” and then went back to sleep for another hour or so.

Finally, I am finding that this experiment is doing just what I had hoped. Because texting is so labor intensive, I have made more phone calls to people in the past week than I have in probably the past year. I usually have three people who I call on a regular basis (and if you ask them, they will tell you it is very irregular): Bec, Merideth, and Amy. I rarely call anyone else. In the past week, I’ve talked with my parents (twice), my brother (twice), Bec (several times), and a couple of other people. Already, this feels like the best thing that’s happened to me in a while.

Today I had the good fortune of driving for about 5 hours by myself. And, yes, this is good fortune. I love a long, solitary drive. I can have silence to think about whatever I want. I can listen to music. I can sing (poorly) as loud as I want. I can take in the scenery. I can stop and get out and walk around if I want. And, I can listen to podcasts, which is exactly what I did today.

First, I listened to a couple of episodes of On Being with Krista Tippet. In one episode, she interviewed Rosanne Cash. I’ve never heard any music by Cash, nor did I know she was a writer and a physicist, but I was so impressed with her that I couldn’t stop listening as she described her process of making music as “catching songs,” a phrase I believe she credited to Tom Waits.

In the second episode, Tippett interviewed Tiya Miles who is a public historian, doing research about Cherokee slave holders and their African American slaves. Miles mentioned a line from Toni Morrison’s novel Beloved in which the reader is asked to consider a story that should not be passed on. Of course, Miles used it to frame her discussion of whether or not slave holding by Native Americans was a story that shouldn’t be told (passed on) or one that can’t help but be told (passed on).

What I love about On Being is that Tippett somehow manages to get every guest to relate his or her career, vocation, passion to spirituality, and she does it without being heavy handed or forceful. The exploration of faith or spiritual matters as invited by Tippett seems like a natural progression of the conversation, like the guests’ beliefs are so intrinsic to who they are, they can’t help but shape and formulate the interaction between them and their livelihoods, and that, in turn, can’t help but spilling out into the airwaves of the show. Krista Tippett has my dream job.

The next podcast I listened to was the Jesus Radicals‘ Iconocast where they interviewed Shannon Kearns, the pastor of the House of Transfiguration in Minneapolis. Kearns spoke about flattening the hierarchy, queer theology, and the ways in which the gospel is simultaneously intellectual and emotional. He also fielded questions about God and gender and the ways in which his own transgendered body informs his understanding of theology, the church, and God. Perhaps most interesting to me was his discussion of wounds and the way they record, they are the proof of, transitions. 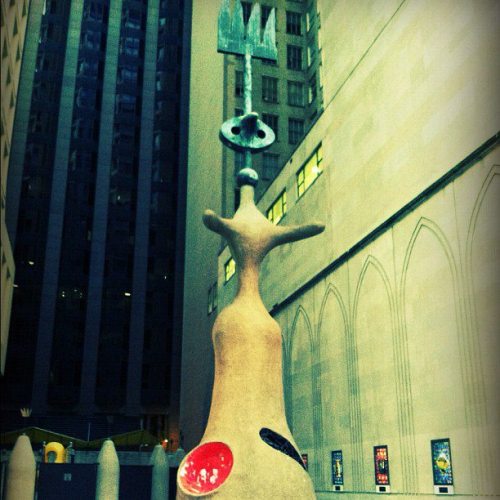 This was one of the better interviews they’ve done, and I think I may just drop by this church in a couple of years when we move to Minneapolis. While I admit I am nowhere near where the Jesus Radicals are, I very much appreciate their ministry, and I respect their beliefs. I especially love it when they help give voice to people who are helping the Church move in ways that are more inclusive to those who have been disenfranchised by the wider Church family.

Finally, I listened to T.C. Boyle’s “Rapture of the Deep” on Selected Shorts. Jacques Cousteau’s temperamental French chef plans a mutiny because he is sick and tired of preparing and eating poisson, poisson, poisson. My favorite part is when the chef beings making bad American comfort food, like macaroni and cheese or tuna casserole. Hilarious.